I think everyone will remember Davey.  He was picked up as a stray in the Houston, Texas area and taken to a local shelter last summer (2016).  He sat in his concrete kennel for over a week with a broken leg.  When Russell Rescue learned of his situation, Davey only had a few hours left before being euthanized.  We quickly made arrangements to get him out of the shelter and to his foster mom.  Davey went to the vet ASAP.  He ended up needing surgery to fix his leg.  Davey got his surgery and spent many weeks doing his exercises and stretches while his little leg healed.  He had an awesome foster mom who took great care of him!  Davey found his forever family not long ago and he is living the life in Colorado!  He is now called Vinny.  He gets to go on walks, and play with his best buddy.  As you can see in the video, his leg has healed!  Happy Tails Vinny!  We couldn’t be happier for you! 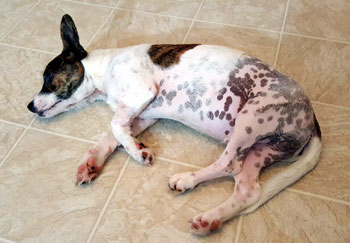 Davey at the Shelter 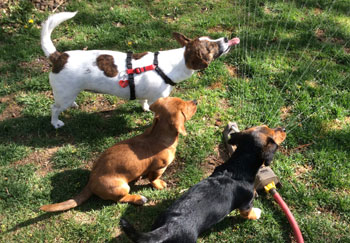 Happy Vinny (aka Davey) in his forever home